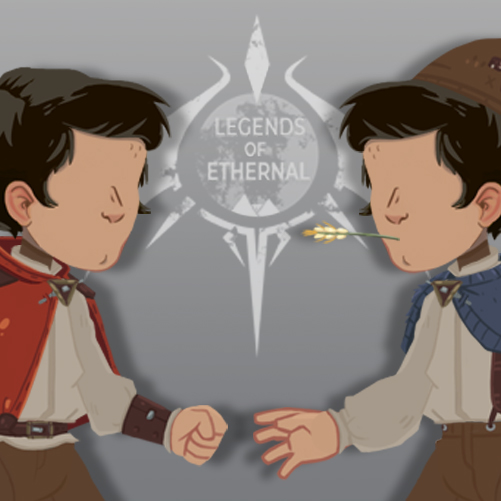 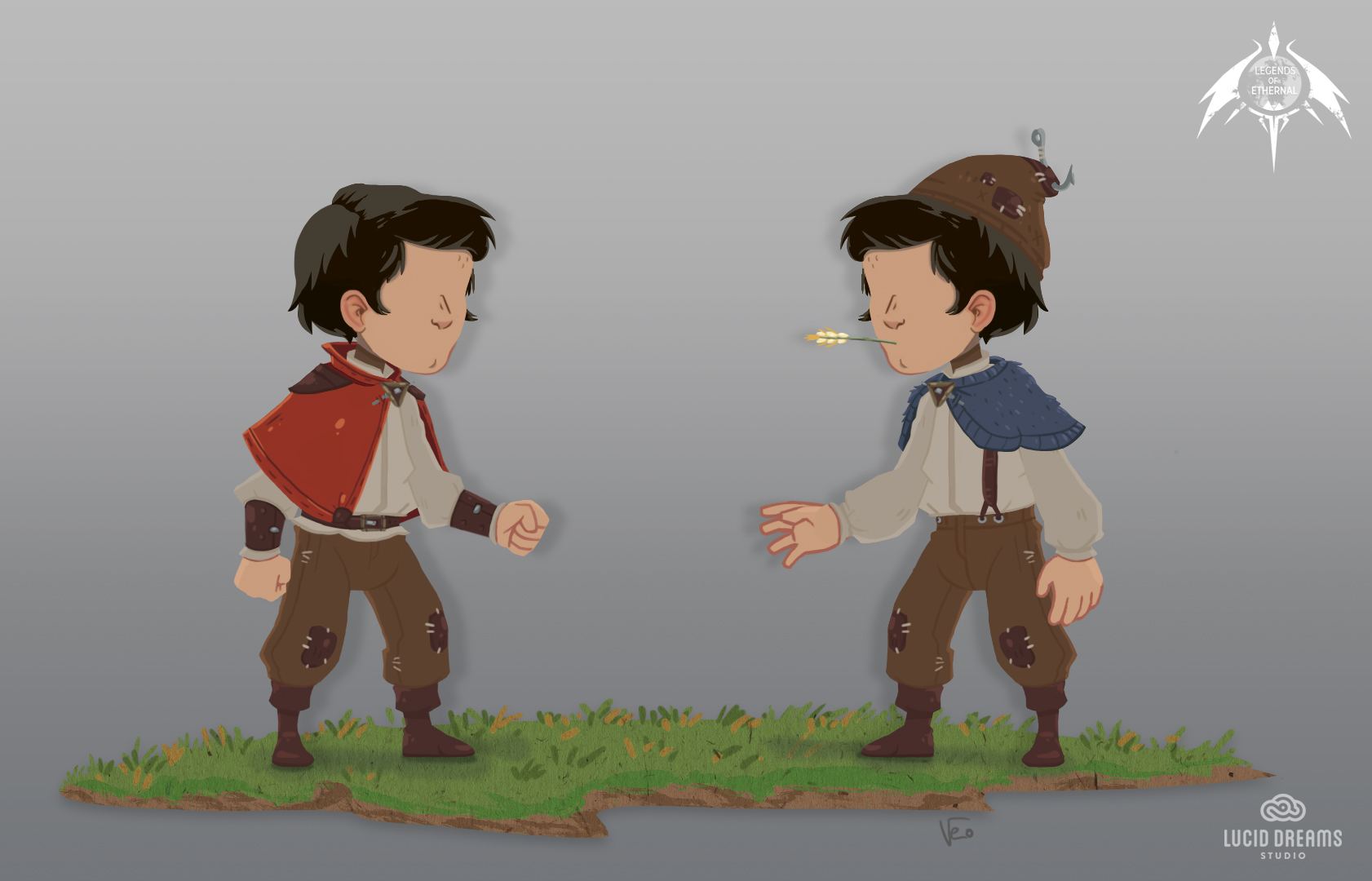 The main character you will play in Legends of Ethernal is Wilfred van Dervill, a young fisherman living in a small house with his parents near the peaceful village of Lope. The van Dervill family has been fishermen for several years - Wilfred being the 5th generation - to live in the region. His father, Franz van Dervill, taught him, from a very young age, fishing techniques, as well as methods to prepare fishes to dry or to eat. His mother, Aria Levor, having never liked fishing, had knowledge of herbalism and alchemy. She taught him how to mix some plants to heal wounds or how to use some oil to warm up on the colder days around Arktree Lake. 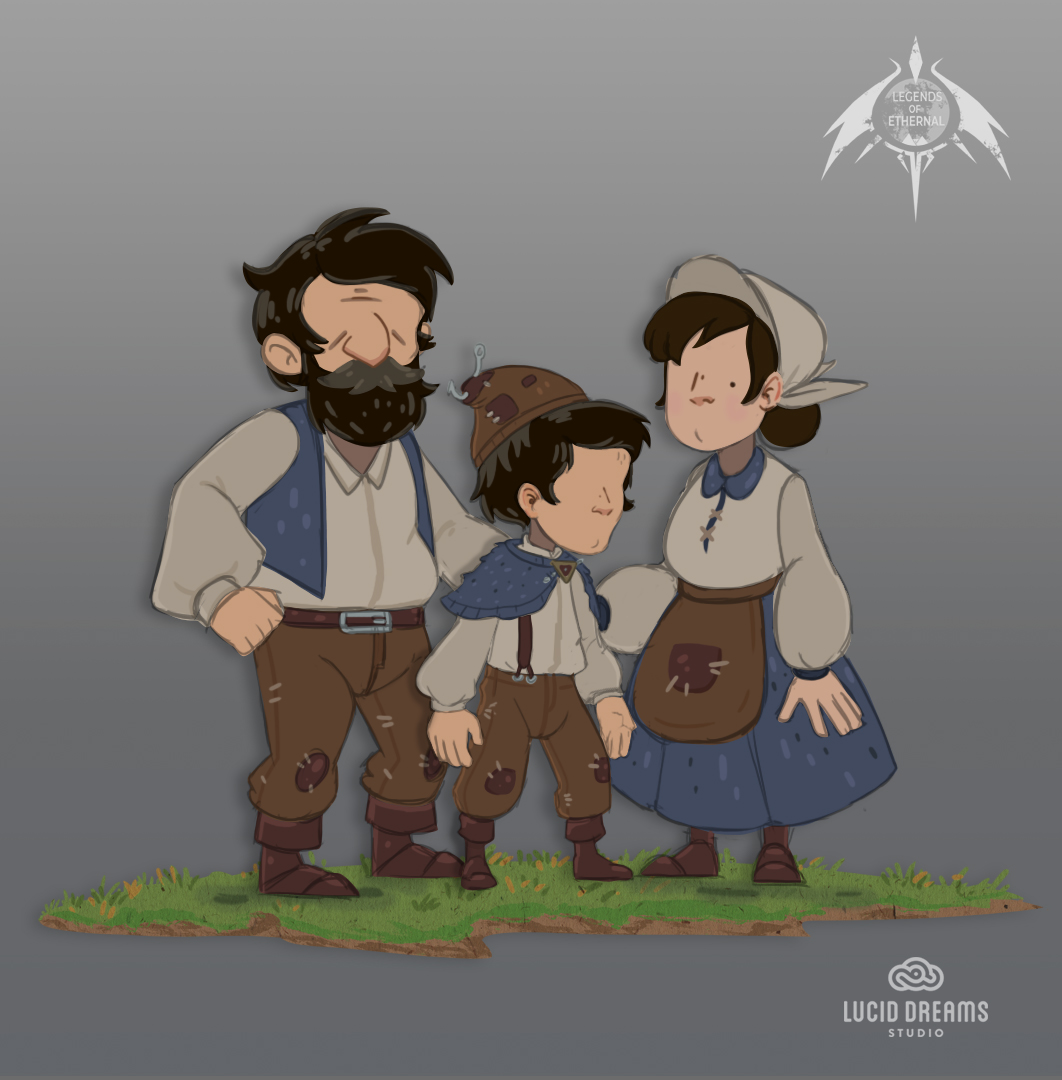 Sketch of the van Dervill family

The lifestyle of the family is very humble: they have only the bare essentials, his mother judging that happiness comes first and foremost by the activities they do together rather than by what they own. They are therefore active people and a very close family. Well known in the village of Lope by traders with whom they exchange fresh fishes, the van Dervill are also seen as working and loving people. Wilfred, for his part, despite the fact that he is only at the beginning of his adolescence, is someone very mature, ingenious and above all, very intelligent. One of his uncles told him that he would have a very promising future in the provincial guard of Ambess if he decided to join. It's an idea that never pleased Wilfred since it meant leaving his parents.

Found below are some sketches made for Wilfred: 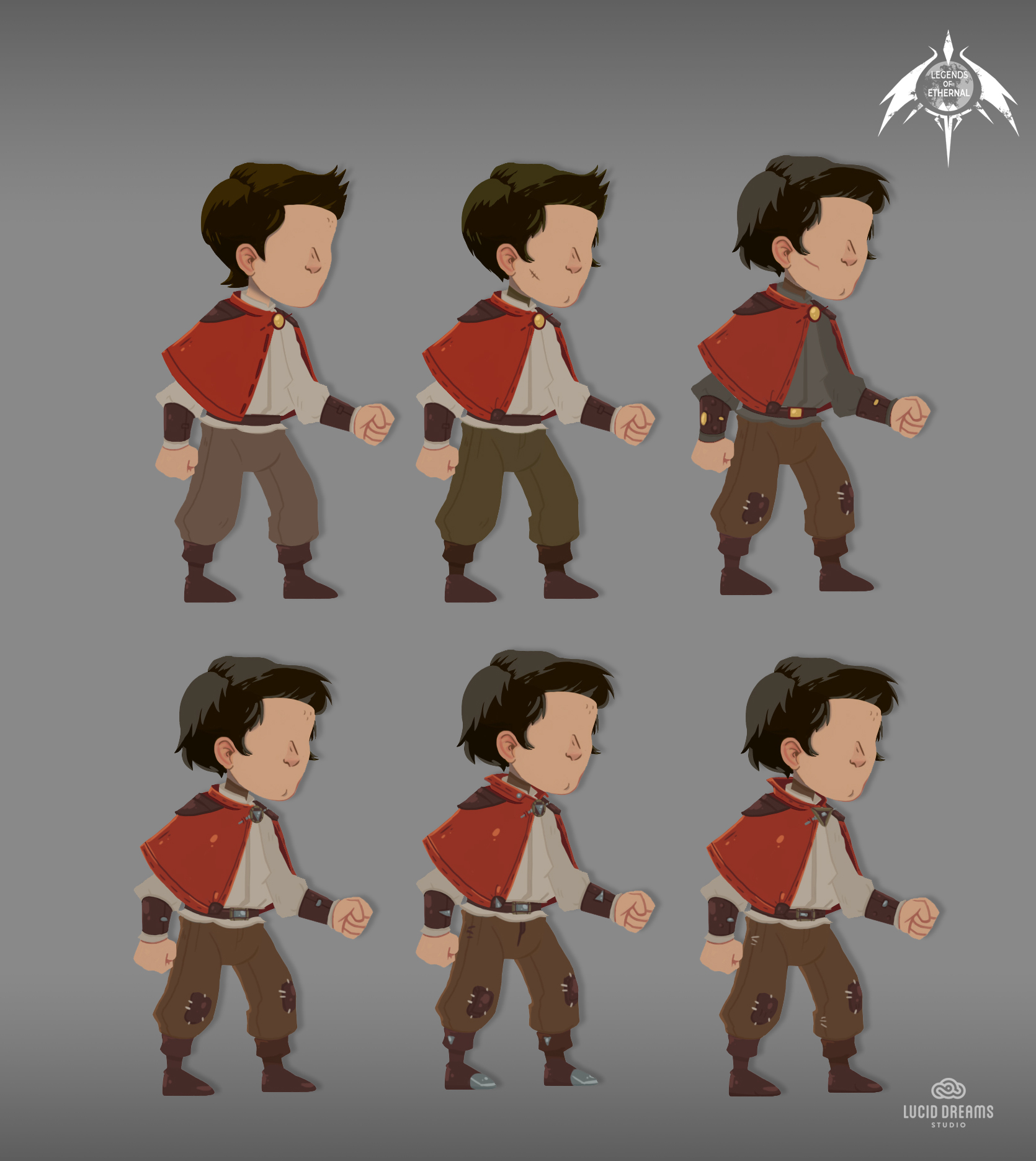 Sketches for the adventurer outfit 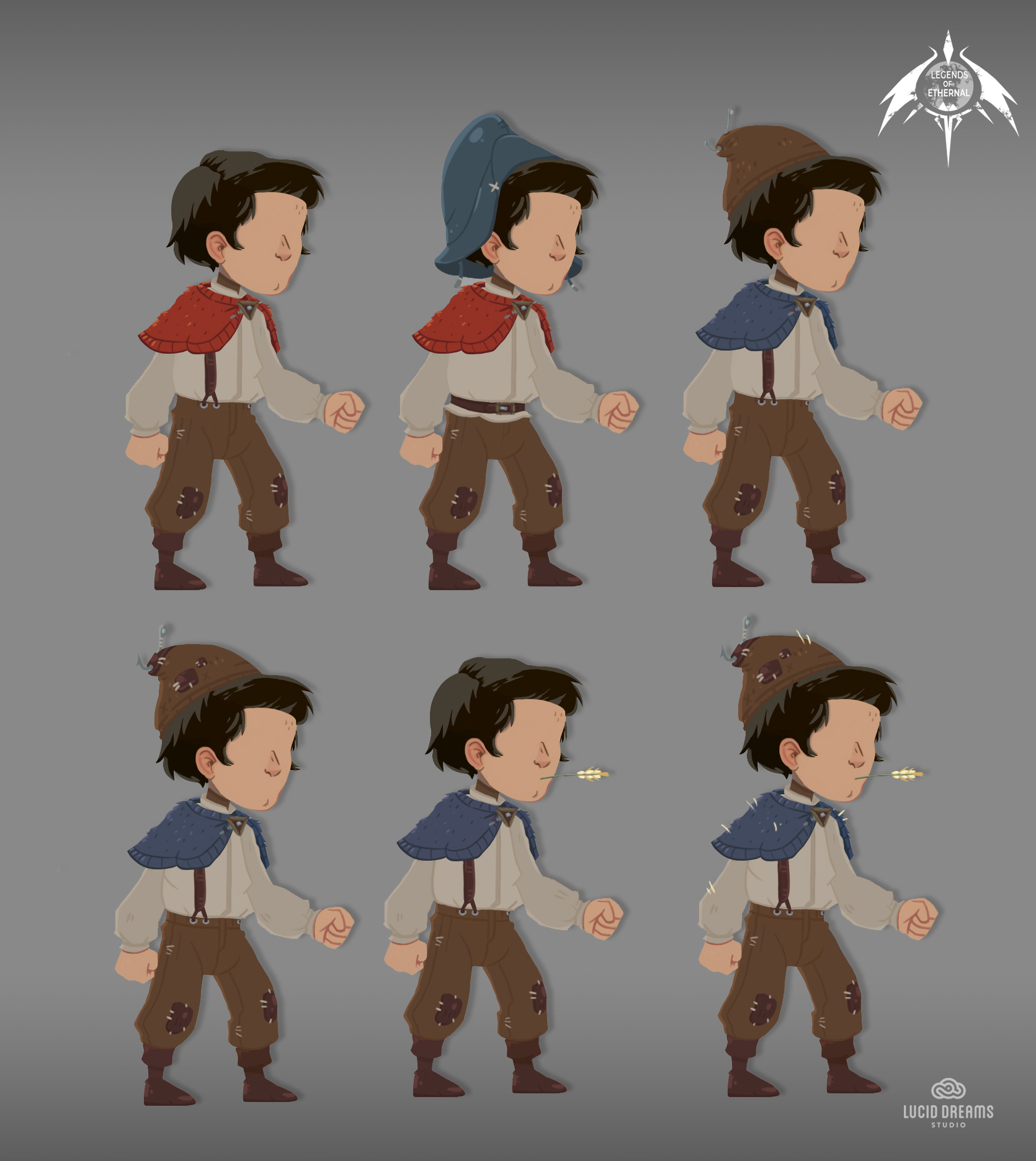 Sketches for the fisherman outfit